With many events celebrating African and Caribbean cultures and histories taking place around the UK, Black History Month has been celebrated in Britain every October since 1987. Its aim: to educate and inform about black heritage and culture in Britain and to honour the history and achievements of the African diaspora.

In addition to the many stories being recounted across UK schools, museums, libraries and other venues, Optio also took the opportunity to showcase the achievements of black Britons. One way we supported this celebration of black history and recognised the struggles faced by many black people, was by sharing stories of historical figures every other day on our company’s digital hub portal.

Some historical figures that we shared on the digital hub included people such as Pablo Fanque, who was immortalised by John Lennon in the song Being for the Benefit of Mr. Kite! from The Beatles’ album Sergeant Pepper’s Lonely Hearts Club Band. While true Beatlemaniacs will be aware he was a historical character, few of the hundreds of millions who’ve heard the song will know that this ingenious master horseman was not only the first black British man to own a circus but that it was arguably the most successful and beloved of the mid-Victorian era.

Taking a tour through history, the list, which can be found below and is highly recommended reading, featured figures such as Mr. Fanque as well as Mary Seacole, who overcame prejudice to become a “pioneering nurse and heroine of the Crimean War”, right through to modern-day Irish author Emma Dabiri and legends Mo Farah and Lewis Hamilton. While all tell of truly heroic struggles, that of Olaudah Equiano is particularly remarkable. Being kidnapped and sold into slavery as a child in what is now Southern Nigeria, Mr Equiano went on to purchase his freedom in 1766. He used his freedom to travel to England in 1768 where he devoted the rest of his life to abolition. He died in 1797 but his autobiography played a significant role in the abolition of slavery in the British Empire 10 years later.

Being as extraordinary as he was, Mr Equiano got a second entry in our list in the form of a thought-provoking essay, written by our recently appointed marketing assistant Isabella Elling for her degree. This compared his writings with another black British author Caryl Phillips and their treatment of the concept of ‘home’, which remains highly fraught for many black people. Some Optio employees chose to appreciate Black literature in a different way by reading some well-known novels. Our HR director Paula Medcalf, for example, read Emma Dabiri’s ‘Don’t Touch my Hair’’. This was part of a challenge we set ourselves to contribute further articles, poems, videos and other content for our digital hub and to get involved with events showcasing black history.

One of the many highlights of our celebration was the African inspired lunch at our London offices. The delicious Jollof Rice, Plantain and Chicken & Beef stews were completely new to many of us and served as a further flavourful reminder not just of black culture’s contribution to British society but of black culture as an essential and integral part of Britain’s history, heritage and contemporary culture.

Huge thanks to Azeez Olayide – founder of 2nigerianboys – who we plan to book again soon and, if you’re bored of the same old wrap at lunchtime, we heartily recommend you give him a try. 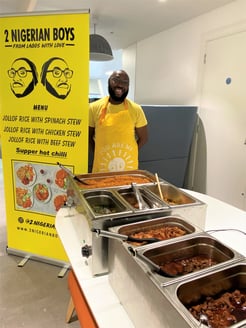 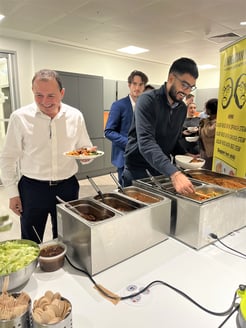 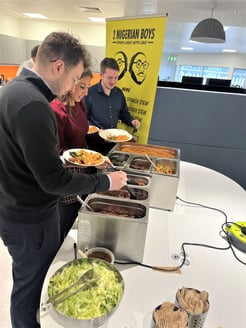 What is the qualifying asset holding companies regime? […]

1. How long have you been with Optio, and what you are responsible for?  […]

U.S. Attorney General Merrick B. Garland turns 70 this month but it’s fair to assume that the volume of work - and intense interest - in his in-tray probably preclude a lengthy celebration. […]